This piece appears in the Autumn 2019 edition of the Country Way of Life magazine. Ask for a copy here. The magazine includes album reviews, features on country festivals and a debate on the TV show Nashville.

In March 2018, a man named Gary Lafferty filmed the Country on the Clyde performance of Let Me Go by Morganway from the balcony of the venue. The song sounded a bit like Fleetwood Mac trying to be an indie band and was sung by SJ Mortimer, who is married to the band’s guitarist Kieran and sister-in-law to the main songwriter Callum, whose surname is Morgan. Nicole Terry, a maker and player of violins, was borrowed from SJ and the Flying Pigs, where Kieran also played guitar.

In the video Morganway’s third original member, Matt Brocklehurst, plays keyboards in his fingerless gloves while SJ sings effortlessly and in harmony with Callum. Kieran is allowed eight bars to play guitar over the top of, with a bottleneck slide which was quietly received by a crowd who probably didn’t know what they were seeing and were politely appreciating some great country-rock.

There is something about that performance, which has a total of 548 views as I write, that enraptured me 18 months ago. Possibly it was the cohesion of all the parts or the fact that they looked like a band with a vision. Other people had called them country; the band themselves preferred Norfolkana, a mix of UK rock and US country music. 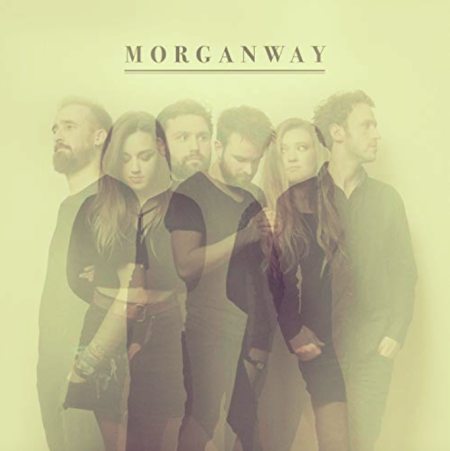 I had a long chat with Callum Morgan in person in 2017 and then by phone in 2018, and saw his band in various showcases in London across 2018, enjoying talking Watford FC with their former bassist Rory Hill. The Morgan twins know their heritage, talking effusively about Tom Petty and Fleetwood Mac. I also spoke to SJ backstage after a London gig in 2019 and learned she was a big fan of Queen and classic rock, which may explain her tendency to break into a rocker’s wail.

At Buckle & Boots 2018 I picked up a copy of a live album called Driving to the City, which included many songs which would end up on Morganway’s debut full-length album. Released after much anticipation on August 2 2019, it followed two EPs which built on the folk-country-rock soup I had fallen in love with. The 11 tracks showcase every side of the band and the album can be divided into two halves: Side A with five tracks and Side B with six.

Side A begins with the moody My Love Ain’t Gonna Save You, an old favourite written by Callum Morgan with Yve Mary B, their former singer, which has had 106,000 listeners on Spotify in its original form. The ‘my love, my love’ chant runs through the song, whose opening line is fab: ‘I was alone when I left my home/ Staring ahead at the great unknown’. It’s a philosophical love song: ‘Do you believe in love when it’s unkind?’ and ‘Love’s not real till it tears you’ are the mark of a good lyricist. The protagonist consoles himself (‘I told myself play it cool…’) and sets up a lush final 40 seconds. Across the album, the production by George Nicholson (who is credited as a co-writer on many tracks) is brilliant, with Ed Bullinger’s drums governing the tempo and Kieran’s guitar meshing well with the new addition of Nicole’s fiddle.

Let Me Go is track two and sounds just as good as it did in Glasgow in March 2018. ‘I will love you so if you let me go’ is one hell of a lyric, and SJ goes on to sing about wanting to ‘learn to fly’. The guitar and fiddle get a showcase and it’s a proper band track, much like Hurricane, which is track seven on the album and second on Side B. The line ‘Hit me like an avalanche’ is sung solo by SJ in a spine-chilling moment where you believe that she wants to be hit pretty hard. Equally avalanche-sounding is Kieran’s squealing lead solo in the track’s final minute, which gives way to a coda sung solo by SJ over the fading instruments. Live, this track is astonishing; on record, no less so.

Hurricane is a reliable set closer and also benefits from being a tight 4:00 banger, cut down from the five- or six-minute version that they can play live, a version of which is available on Youtube. I remember catching them in Canary Wharf in a posh ballroom in early 2018 when they played You Can Only Die Once, a chugging rock track in the brooding key of F minor which comes in at track three of Side A and may be the surprise breakout smash. It’s such a melodic track, again produced immaculately, and Callum’s acoustic works well with Kieran’s electric guitar washes. The third verse is almost whispered then crescendos with a quicker vocal delivery and intensity. It’s a confident song that is sensibly placed after the equally terrific Let Me Go. You can’t only listen once…

Side B kicks off with live favourite London Life (‘Some are trapped, some are free, some spend their life wanting to believe/ They’re the man they wanna be’), then Hurricane and Frozen In Our Time, which was a teaser track for the album that showcases SJ’s vocals, among the best in the UK country scene. The final vocalisations are gorgeous and tie in with the abstract nature of the lyric.

I think I first heard In A Dream (Coming Home) – Side A, track four – in their set at Camden’s Monarch at the end of July 2019. It’s driven by a shuffle from Ed’s drums and has a folk-pop feel. The lyrics include the line: ‘So many people but you’re still alone/ The more you understand, the less you really know’. Callum is barely 30 years old and he’s already cracked the meaning of life, or he’s familiar with Greek philosophy.

Side B has a tough task in finding three tracks to follow Hurricane. On the heartland rocker New Way (track eight), Callum sings over a rotating four-chord jam about how his ‘defences are down’. Track nine is Daylight Rising: Matt’s piano sets the mood for the first few moments before SJ softly sings over a gentle groove about ‘the coldest winter’ and breaking tides. It’s another song co-written by Yve Mary B, whose folk stylings are still present in the band; she is now a solo artist but deserves mention for her lyrical contributions to tracks like Let Me Go, Frozen In Our Time and Hurricane.

Matt gets a writing credit on track ten (Side B, track five). I See People starts with a Springsteen-style chord progression, then Callum sings expertly over Nicole’s fiddle of ‘a girl from years ago/ Pain was all she’d ever known’. The chorus includes an unexpected ‘hey!’ which contrasts with the lyric in the third verse. ‘Love was the sweetest kind of suffering’ again shows emotional depth (perhaps Matt, the band’s Quiet One, contributed this line) and the song will be a staple of the band’s live set as they go into 2020 to promote the album around the country.

Morganway support CC Smugglers on several dates in the autumn, while their friendship with Kenny Foster may lead to a joint-tour somewhere along the way. If I speak it into existence, maybe it’ll happen; anyhow, the album was mastered by the same chap who mastered Kenny’s latest album and both acts will be at Millport Festival.

When I heard the band play I Want No Other Love, the closing track on the album, I felt it could double as a set opener. SJ and Nicole sing before the rest of the band come in chanting ‘tonight, night night night’ before the middle of the song sees them break into the line ‘there is no other love’. The fact that the last third of the song doesn’t explode in the way Fix You by Coldplay does is testament to the understated nature of the band, who may well become your favourite soon.

The album is sophisticated and varied, a product of its influences without being a copy of Tom Petty, Fleetwood Mac or anyone else. Adding a fiddle to the mix has pushed the band on, while Ed’s drumming is flawless throughout, with no flourishes or fills beyond keeping the tempo (I hope this comes across as a compliment!). The Morgan twins are driven to succeed and, with SJ as vocalist, have a collection that both stands out and is outstanding.

Having joined the journey in 2017, I cannot wait to see what album two will be like. In the meantime I will keep rotating both sides of album one, a modern classic.